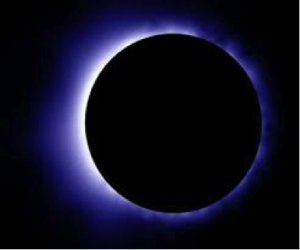 There are lots of things that interest me that I don’t know anything about and astrology is one of them. From the little I’ve read, we have a very busy sky at the moment.

There’s a lot of things going on in our heavens at the moment.

I’m fascinated by it all, but have no idea what it all means.

What I do know is that our little moon has such a major effect on our planet, hurling every drop of water back and forth every 12 hours, so the planets that spin around us have got to have an incredible effect on us too.

It seems as if there’s a lot of action in March which is bringing major changes:

The 7th and final Uranus/Pluto ‘square’ passed on 16/17th – this has been going on for some years, heralding major changes in the world. There is a New Moon and an eclipse on the Friday 20th and the Spring Equinox.

Golly it’s busy up there! It all happening on Friday.

I’ll start with the most common first: the new moon. The new moon is a good time to set new intentions and to plan new projects. But this is not just an ordinary new moon – it’s a solar eclipse as well. It’s a really big new beginning and it will affect every one of us.

There is going to be a total eclipse of the sun, which makes it all the more powerful.

It’s due to happen on Friday 20th at 9.30am in the UK and you’ll notice it – because the light will change.

It’s also a super moon which means it’s at its closest point to the earth. This means that it will exert a strong magnetic pull on the tides and the electromagnetic fields of the earth. We’ll all feel this in different ways. And the spring equinox too. Think of the new and enthusiastic growth of spring!

I’ve found a video by Pam Gregory. She tells us about the alignments in the sky. She says that it really does seem as if it’s ‘the end of the old and the beginning of the new’. She goes on to say it’s about understanding that everything is about energy and vibration and that we are energy and vibration.

And that we truly are co-creators of our lives and we live from the inside out and not the outside in.

Umm. Have you heard that somewhere before?

Here’s the video. I think you’ll like it. I’d love to hear your comments!