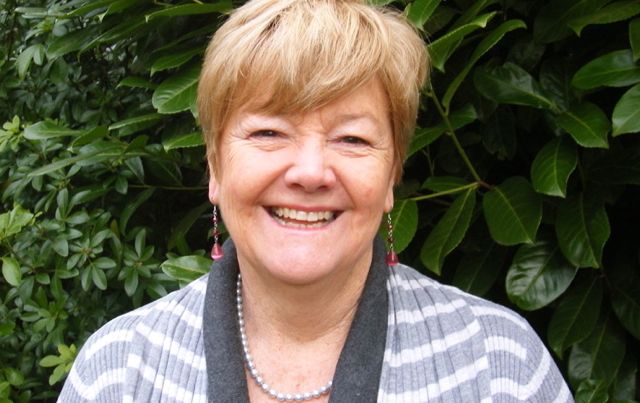 Have you ever looked back on your life and recognised those vital trigger moments?

Maybe you're at one now reading this? Perhaps you don't even know it yet! Often dreadful situations that hold you in deep despair and anxiety become the breakthrough that changes your whole perspective on life.

This was true for me.

My beautiful daughter was very ill for months, and I felt helpless as I watched. A retching cough that came in spasms, racked her small body and made her vomit. The drugs the doctor gave her made her cough more and so she became reluctant to eat.

After a particularly vicious coughing spasm, I retreated into the kitchen. I was at my wits end. I let out a little prayer "There has to be another way". At that point I turned on the radio.

I rarely put the radio on, but that action changed the course of our whole lives.

A homoeopath was being interviewed. I'd never heard of homoeopathy, but what he said gave me hope for my daughter. I rang him, and he said, "give me 12 months and I'll make her well". And he did.

One of the remedies he gave her was a Bach Flower Remedy.

Her cough began to ease; it was less frequent and of shorter duration. It was a slow and steady improvement and I was delighted.

I was absolutely stunned by the change in her character made by the Bach Flower Remedy. Within three days, she seemed to flourish before my eyes. This was like a 'magic elixir' and I watched her blossom and begin to enjoy life.

I was hooked and telling everyone about this miracle, but no-one understood it and I realised, neither did I.

As well as wanting to know more, I'd seen how much better my daughter had become from taking the remedy and I wanted to feel better too.  Life was stressful.  As well as dealing with the stress of family life our country was fighting a terrorist war.  This affected the very foundation of life.

Above all else, I wanted to feel better.  I was searching for relief.

I bought a book on the Bach Flowers and in the introduction it mentioned that Edward Bach, who had developed the remedies, was a deeply spiritual man. This resonated with me.

The more I learnt the more I wanted to know.

I was on a quest: I became a 'Seeker of Eternal Truth'. I became a homoeopath, which works on the principle of Like attracts Like and I learnt how our beliefs about ourselves and life show in our bodies as symptoms and ailments.

I already knew that we create our own reality before I started to study homoeopathy. It was studying the first unit that opened my eyes to the fact that it was based on the same principle.

I consider the 'radio moment' and my study of homoeopathy to be 'divine guidance' – my soul/high-self making or showing me the way.

Studying homoeopathy and Bach at the same time, I read about the vibrations of the remedies and the vibrations having to match how we were feeling. I was having an intense love affair with what I consider the most powerful system of healing available.

It seemed so obvious. I already knew I could make life work my way and now I found out it was a spiritual process!

I started to study, what my spiritual teachings called, conscious creation – which you might know as the Law of attraction.

I was now facing the greatest challenge of all – how to consistently create a life I loved living.

At this time there were no books for this. I was trying to find out about the most important thing ever – how we create life – by feeling my way in the dark. It was as if I was climbing a mountain strewn with rocks and boulders. I slipped, fell and skinned my knees more times than you can know.

My successful creations were hit and miss. I felt as if I was missing something and I couldn't see what.

What I didn't realise was that I was creating from a very deep seated belief that I wasn't good enough. This belief coloured and tainted every thought and feeling I had and therefore contaminated everything I tried to create.

It seemed as if disappointment and being discouraged were my constant companions. I lived with doubt and lacked the confidence to believe that I could ever 'get it right'. I never doubted my spirituality or the fact that we create our own reality – but I nearly always doubted that I could get it right!

As I went through all these emotions, I turned to the Bach Flowers, maybe if they transformed my daughter they could transform me.

More limiting beliefs were recognised, acknowledged and released, and suddenly I would find myself on a plateau, and would be content.

Through the living of life, I have discovered some of the amazing secrets of the universe. I've put together bits and pieces that can't possibly fit together according to the logical mind but in fact they do fit – beautifully. And I've come to a good understanding of how we do create our lives and how we can shift our blocks.

For me, understanding how it all worked was paramount. Now I can put my complete trust in the process and know that if something comes into my life that I don’t like, it is a belief I've still got to deal with, but I also know that it's triggering new dreams and new goals.

The time has now come for me to share my understanding with you.

And I'd like to start right now and share this secret with you: we know that our thoughts create our lives but few realise the incredible creative power of our feeling. We are emotional beings and are always creating more of what we're feeling.

Do you think it is any accident that you are reading this at this time? Or did you call me and this process for profound healing and change into your life right now, because it's the right time for your transformation?

I didn't just learn this, I lived it and carved a smooth pathway for you and made a map for you to follow.

You have within you the power that creates worlds – and I can show you how do it with love and not fear.  Chose your preferred option... and let's get going...

IF YOU NEED HELP: please write to me at [email protected] or simply use the 'live chat widget' to contact me.  I will always do my best to respond as quickly as I can.
Office Hours.  Monday to Friday
9am- 5.30pm
Saturdays 9am-1pm.
Sunday. Closed?
Please note Rose is in England, so please allow for time change.