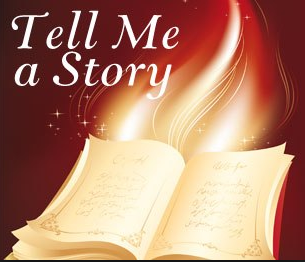 It’s all to do with the story they tell.

Your story determines how successful you are, not just in business, but in your relationships, your well-being and your happiness too.

The thing is, no matter what story you tell, you’ll only ever get the bottom line of that story. In order to get to another level, whether it’s in business success, athletics, the arts, or any other endeavour, you have to be willing to change your story.

Most people don’t realise that their lives are the story they keep telling themselves and others.

They keep complaining and moaning about the same things. They’ve been telling the same story for decades and so they keep their story alive, recreating experiences over and over. And you know people like this.

So just think for a minute, are you stuck in a story where perhaps you’ve been treated unjustly, or perhaps you can’t even think about success as you’re struggling to just keep your head about water. Or maybe, you’re creating only a certain amount of success that doesn’t allow you to rise above a particular ceiling?  Or perhaps your story involves how lost you feel?

When you see others being more successful than you, do you think ‘why can’t I do that? What’s wrong with me’?

There’s nothing’s wrong with you – but the story you tell yourself about you and your life needs updating, or perhaps even a complete re-write.

So how do you know what story you’re telling – you ‘read your life’. You create your own reality and every thought and feeling is creating something, so your external life is an exact reflection of what’s going on in your head – your lives are a reflection of your story.

First begin to notice what’s really going on in your life and then begin by taking small steps towards change.

I know someone who wore a wrist band and every time he found himself being critical of someone or something. or he noticed he said something negative or was moaning he would transfer the wrist band to the other wrist.

The first few days, he was transferring the band almost all the time. He hadn’t realised how much he whinged, moaned and complained! It showed him how negative he really was.  It’s a good exercise to try.

After a week or so, he was only changing the band a couple of times a day as now he was telling a new story and to his surprise, his life started to change in ways that he’d never considered.

I’ve created a programme to help you write a new story, it’s the 30 Day Diary. Have a look, it might just be what you’re looking for.