Law Of Attraction. The Secret Ingredients

Did you watch the Rugby World Cup Final on Saturday? 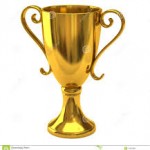 Having lived most of my life in southern Africa, I am a rugby fan, so I did!   It was a brilliant game.  The game challenged both teams to their limits and beyond, as all good games should.

As always there was a lot of, what I call, preamble before the game; reviews of the last World Cup, opinions, predictions and interviews.

There was an interview with All Black Daniel Carter, one of the New Zealand team who retired after the final game.  I’d like to share with you what he said. 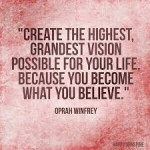 Daniel had started playing rugby when he was 4.  He said “I didn’t want to be the ‘best All Black’, I wanted to be the greatest one.

I want to be the greatest I can be.”

The game started and before too long the All Blacks were awarded a penalty kick.  This was the first time I’d seen Daniel Carter in action.  And just like England’s Jonny Wilkinson, he too was completely focused.

He placed the ball carefully.  The camera zoomed in, focusing on his eyes.  His eyes were completely fixed on the ball, with intense concentration.

Then he moved his focus up to the goal posts and held them in his site for about 20 seconds.  Back to the ball and up again to the goal posts.  I could almost see him visualising the ball going between the posts.

He had done this, not hundreds of times, but thousands of times.

He believed in himself. He knew he could do it.

But still there was intense focus.  He kicked and the ball went flying through the air and between the goal posts!

There are 3 ‘secret ingredients’ in this story.

* Carter had one focus – to be the greatest he could be.

*He was completely focused on want he wanted to achieve – in this case, kicking a goal.

*And he was living in the Now moment.

Which one of these Secret Ingredients is missing from your life?  Which one do you need to add to make sure your creations manifest?

Adding even one of them to your creation process will make a big enough difference for you to see results very quickly.  Think what you could become by adding all 3!

I just love life!  In one of the advert-breaks during the game, there was an advert for a luxury car.  Their punch line was along the lines of  ‘We don’t need to predict the future.  We create it’

Add the Secret Ingredients and you can say the same.

Working with the 30 Day Diary is a practical way to make sure you keep these 3 ‘secret ingredients’ alive and well so that your manifestations can show up.    Click below now to find out more.