Law of Attraction The Incredible Power of Expectation 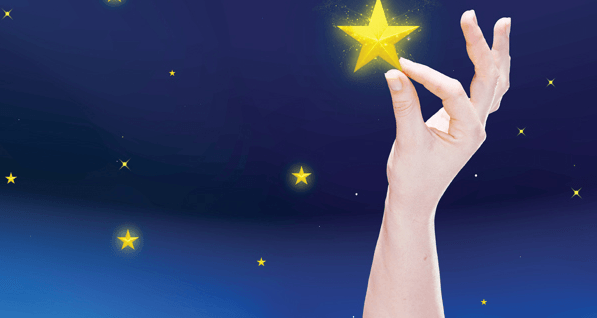 When I first heard I create my own reality I didn’t doubt it for one moment.

The spiritual teacher I was following (and still am) introduced this new concept and I trusted the teachings – so I didn’t doubt it.

I also didn’t doubt that we create our lives because I’d experienced it – in a very positive and real way. I knew I could make things happen.

During my teenage years, my mother’s favourite book was The Power of Positive Thinking written by Norman Vincent Peale. 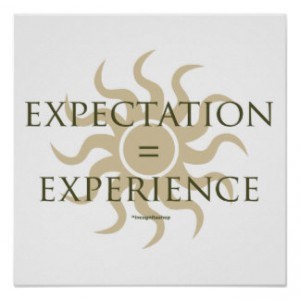 It was a well-known book in the 1960s and was possibly the first of its kind around that time. So we were brought up on a diet rich in positive thought. And when something didn’t turn out quite as I hoped, Mum would ask ‘What’s good about this? There is always something good – even if it is only showing you that this is not the right way for you’.

So with a positive attitude to life, accepting the concept of creating my own life was natural – exciting and thrilling. And I knew I could do it – as I’d done it before.

A very long time ago I worked for an airline at the airport and so got rebated travel.

My mother and father had moved to England and I wanted to go and visit them. So I bought my rebated ticket and my husband took me to the airport.

There was chaos at the airport. The aircraft was over booked and there were 19 passengers on stand-by tickets. The Duty Office said he’d be lucky to get all the fare-paying passengers away on the flight and sent all the stand-bys home. My husband picked up my case and said ‘lets go – we’ll try the next flight’. The next flight was two days later! I was not going to wait until then! I told him I was going on this flight and I was waiting.

I expected to go!

I told him he could go home if he wanted to, but I was staying as I was going on that flight.

And so we waited. He was very fed up and kept telling me he wanted to go home and that we were waiting for nothing.

The aircraft doors close 15 minutes prior to take off. At this time, he once more said – ‘please can we go now?’ I didn’t have time to answer, as the Duty Office came running out calling …

“Rose! Rose! Thank goodness you’re still here. There’s been a mistake in the head-count. There is one seat available! Run. I’ll take you case. Immigration is waiting for you. Run!!”

I quickly said good bye to my husband and as I ran towards immigration, I heard him say “How do you do that?”

Expectation is a very powerful tool of creation – and one that has been diminished by being told ‘Don’t get your expectations up’ and when things don’t work out we were told ‘What do you expect?’

Expectation is tied to your belief of yourself.

Have you had experiences when you created something and you knew it was going to happen: so you expected it to happen – and it did?  Please leave a conment I love to hear from you.