Rugby and the Law of Attraction

I’ll state emphatically from the start, that I am not a sports fan.  However, I do like to rugby even though I have only scanty knowledge of the game. My mother used to call it the most barbaric game she’d ever seen – but it didn’t stop her going!

There are two important tournaments: the Six Nations, which is played by 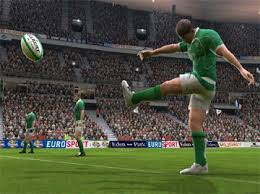 countries in the northern  hemisphere and the Tri-Nations which is played in the southern hemisphere between South Africa, Australia and New Zealand.  Having grown up in Rhodesia – now Zimbabwe – |I’m sure you’ll understand the importance of these games in my life.

Now, if one happens to be in Cape Town during the Tri-Nations when South Africa is playing Australia in Cape Town, you’ll understand that it would be vital to watch this event – preferably with other enthusiasts – who would usually gather at a pub with a large TV screen.

To illustrate the impo 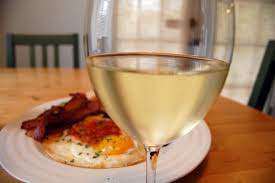 rtance of these occasions, at both the South Africa v Australia game in Cape Town, and the Hong Kong Rugby Sevens, I started drinking at 9.30 in the morning (as did everyone else too).  Being well brought up, I usually don’t drinking until the sun is over the yard-arm, you can now fully appreciate the gravitas of these events. However, wine with scrambled eggs for breakfast is not something I would normally advocate, but one must follow protocol on momentous occasions.

The Six Nations tournament is being played at the moment and I have this afternoon watched England playing Ireland – and I would like to mention here – only drank tea.  And a remarkably good game it was too.  The teams were well matched and they both played from their hearts.

What really impressed me was what the commentator said at the end of the game about the England team – it could have been straight out of any self-development/Law of Attraction book.  He said something similar to “the spirit of the team was high and filled with intention and purpose and they worked together as one. Even though Ireland took the lead in the first half, England did not lose sight of their goal: they held their focus.  They played as if they knew that they would win – and they did.”

“When you offer a vibration, the Universal forces are working in concert with each other in order to satisfy you. You really are the centre of the Universe”.  Abraham-Hicks

And this apparently applies to rugby players too.

I’m talking about the Teachings of Abraham at the Positive Living Group on Wednesday 26th February.  All the information is on the Live Events tab.  Hope to see you there.