Bach Flowers. Back To School

Back to School Bach Remedies

Back to School or going into ‘Big School’ can be traumatic for both children and mother. There was a lot of anxiety in the Cartwright household on the night before the First Day of school.   Mother had heard about the Bach Remedies, but didn’t know which ones would help her and her children through this very anxious time.  So I’ve given you some suggestions that might help your children – and of course, you too. 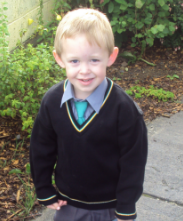 Through the corner of his eye, even in the dim light of his bedroom, Noah could see his new school shirt on the hanger on cupboard door.  Although he tried not to look at it, he could see the neat pile of his shorts, undies and socks all ready for tomorrow.

It was not ‘back to school’ for Noah, it was his very First Day at school – and he couldn’t sleep.  He was tossing and turning. and his stomach was churning.  He said it felt as if he had “butterflies and grasshoppers in his tummy”.  He told his mum, he felt as if he was on the merry-go-round at the playground, as his thoughts kept going around and around.

Somtimes Noah was excited to go to school for the first time. Several of his friends from Preschool Nursery were going to the same school and that gave him some comfort.  He’d been to the school many times with his Mum, to collect his eldest sister, but somehow, starting school himself was a very big step.  He was not sure he was ready to be a ‘big boy’ just yet.  Noah couldn’t sleep! 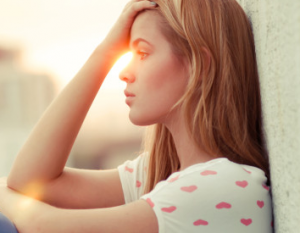 Annabelle peeped through the crack in the door in her brother’s bedroom. He was tossing and turning, just as she had done all those years ago – and as she would probably do tonight as well.

Although Annabelle was going back to school, she too, had first-day-nerves. as she was going into High School.

She walked softly to her own room to get her clothes ready for the morning.  First day in High School!  It’s really a big deal going from being a “big fish in a small pond to a small fish in a big pond” and she was anxious.

As she took her new (and freshly pressed) uniform out of the cupboard, she felt her stomach start to churn.  She too had some friends going to the same school, so she knew she wouldn’t be on her own.  But…high shcool is a big deal!

As she prepared for bed, Annabelle thought: “HIGH SCHOOL”! I’m not grown up enough for High School!  How am I going to cope?  What happens if I get it wrong?”   And she couldn’t stop these thoughts!  No matter what she did, the thoughts came back, again and again. 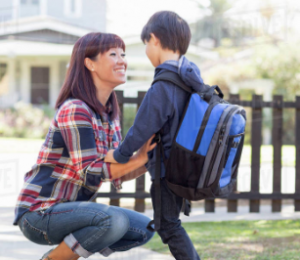 Mother was down stairs. She’d settled Noah the best she could and now Annabelle was getting ready for her big day.  Mother busied herself in the kitchen, tidying up things that were already tidy!  She too was anxious about her ‘chickens’.   She’s been dreading Back to School day for weeks.

Of course. she was anxious for her children – but she also was worried about herself.  It was a big step for her too, as she’d no longer have her ‘chickens’ at home to care and fuss over.  What was she going to do with her day?  There really is only so much satisfaction one can get from housework!  She’d been thinking of joining some sort of group or club. She’d been ‘mother’ for so many years, that she didn’t have the confidence to go into the world again!

Just like Noah and Annabelle, mother’s thoughts were on the merry-go-round – going too fast and going nowhere.

The Back to School Bach Flower Mix

Although Mother, Annabelle and Noah are facing different challenges, they are really all have the same problem – 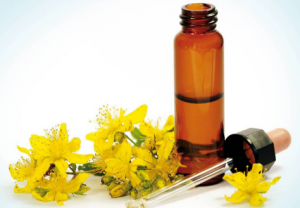 they’re anxious about the changes and worried about not have the confidence to take the next step.  This mix of Remedies will help everyone who is facing similar situations.

Rescue Remedy.  Rescue Remedy does just that – it ‘Rescues’.  It helps with panicky feelings and ‘sticks you back together again’.
Mimulus – is for ‘known’ anxieties.  If you know what you’re worried about – then Mimulus will help you.
Larch – the brilliant self-confidence remedy.  (It begins to make a difference in 3 days)
Pine – for feelings of ‘getting it wrong’
White Chestnut– to stop the merry-go-round of repeated thoughts.
Walnut  – both children and their mother are facing ‘life changes’ -going from one ‘life’ to another’. Walnut is the remedy that helps us deal with our change of circumstances.

Click here to find out how to make the mix and how to take the remedies.

The Bach Flower Remedies (called Essences in America and other countries) are not just ‘sometimes’ remedies, they can support you all your life, as they have done for me.  Not only have they seen me and my family through new schools, they’ve seen us through changing continents 4 times!   They’ve seen me through leaving my homeland, settling in foreign countries and then through the emotional and financial trauma of divorce and finally to settling in England and starting a business.  Once you know about the remedies, they can help you through every situation, bringing balance, harmony and a sense of well-being.  Then you too, like me, will never leave home without them.

As always, I love to hear from you, so please leave your thoughts and comments in the Comment Box below.
I read and personally reply to all your comments.  I look forward to hearing from you.