This is the story of Edward Bach’s transformational journey from Medicine Man to Mystic.  Bach died on 27th November 1936 (85 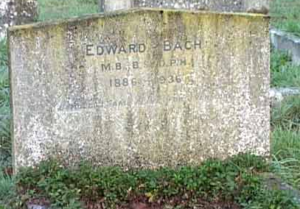 years ago) so I’d like to dedicate this article to this amazing man, his discoveries and the development of his incredibly powerful healing system – the Bach Flower Remedies.

Perhaps ‘Mystic’ is not quite the right word as it might conjures up images of wizards. If it does, I’ve given you a false impression.  I think, in today’s world, a good way to describe Dr Edward Bach would be as a ‘sensitive intuitive’.  He was certainly ahead of his time,

Bach was born in Birmingham, England on 24th September 1886 and was what we’d now call, a spiritual man.  Bach’s transformational journey had a solid foundation.  He believed firmly in God and that we are all part of God. He was interested in astrology, the chakra system and belonged to what he called ‘ the Brotherhood’.  In his writings, he frequently mentions ‘The Brotherhood’, but gives no further explanation.  Bach believed that there was a loving force, bigger than ourselves and that we each have a soul, that is part of God.  And our purpose in life was to ‘walk the path of our soul’.

There is a definite spiritual connection to the remedies should you choose to explore it, as I did.

Bach was a sickly child and he dreamed of becoming a doctor.  He qualified about the end of the First World War and

went to work in one of the London hospitals where, he literary, had hands in the blood and guts of humanity. At this time, disease and illness was very physical to him.

Time passed. and Bach moved from the hospital and started a private practice in Harley Street. And it seems that his focus was beginning to move too.  It seemed there was one question he kept asking himself “why do we get sick?”   He wanted to find the cause of disease.

The search was on…

He observed his patients closely and noticed that no matter what their disease or ailments, people would always react one particular way – no matter what the problem.  This meant that people could be grouped together by their reaction to their life’s circumstances.

I believe that we’re all, in one way or another, searching for one practice or philosophy that will light our soul passion and give our lives meaning.  I believe we are all searching for a practical, spiritual wisdom that’ll guide our lives.

The next shift in Bach’s transformational journey was that he discovered homoeopathy and became a homoeopath.  Homoeopathic remedies are made in a very particular way that captures the nature, the energy of the substance and raises and refines it vibrations.  Homoeopathy uses energy remedies that carry a refined imprint of the original substance. 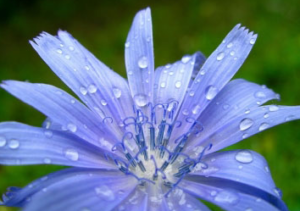 Whilst working at Harley Street, Bach observed that illness began in the emotions. (In fact, our emotions ‘drive’ our lives).

Bach had made his first shift from purely physical sickness and drugs to vibrational energy healing.

Although Bach loved the principles of homoeopathy, one of which was treat the patient and not the disease, it was too complex a system for the ordinary man to use daily.

Bach wanted a natural, simple method of healing that could be found in every first aid cupboard.

The events that led Bach to leave London in 1930, were as much about the man as they were about the remedies.  Bach had cancer of the spleen and was given 3 months to live. 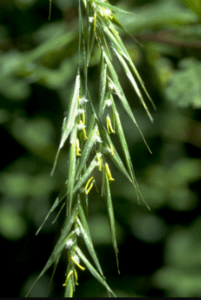 He took a brave step and left his lucrative Harley Street practice and determinedly set about trying to find a natural and simple method of healing: a method of healing the emotions first and so the body would follow.

Bach believed that as God had given us everything we need in life: the earth to live off, water for life, air to breathe and the sun for warmth and growth: then God must have also provided us with a means of heal our ailments.  So he turned to. what he called, the ‘healing herbs’ of nature.

His growing sensitivity drew him to flowers he called ‘the herbs of the field’ and he began to make remedies the homoeopathic way.  But he wasn’t satisfied with the results.

He then started to gather, early in the mornigns, the tiny drops of dew from his chosen flowers.  As you can imagine, this was tedious and time consuming but it lead him to find two different ways of making the remedies that involved the earth, water, air and heat.

But how did he choose which flowers to use?

Bach became aware of his increased sensitivity and his intuition.  As he walked the hills and the moors searching for plants that would heal, he would find himself drawn to certain flowers and as he came close to them, he felt a wave of particular positive feelings.  His intuition was sharpening and his sensitivity deepening.

He was becoming, what nowadays is called ‘a sensitive intuitive’ and he chose the flowers by ‘sympathetic resoanace’.

Edward Bach’s transformational journey was from perceiving sickness as physical ailments, to homoeopathy (that considers the mind and beliefs as the cause of disease, where you treat the patient and not the disease) and the use of finely refined energies through a process of dilution and succession and then onto his own discovery:  a natural and simple way to heal our emotions – the cause of disease.

The shift was from ‘disease happens to us’ to ‘disease begins in the emotions’ and then on to his own discovery of a natural process to transfer the high, healing information and vibrations of flowers into water to form an extraordinary powerful healing essence.

In the spring and summer of 1935 Bach discovered and made the final remedies of the Bach Flower Remedies.  The system was now complete and there is a flower remedy for every emotion we feel.  He updated his writings and burnt all his previous notes.

It was about 18 months later, his ‘purpose’ now complete, he succumbed to the cancer on 27th November 1936, His doctors told him me had three months to live – and he lived for a furthere 7 years.  He left behind him a powerful healing system which Bach himself referred to as “The Medicine of the Future.”

The Bach Flower Remedies have guided my own journey of transformation and personal growth.  They are the guide that has led me to a

deeper understanding of who I am and why I’m here. Through the use of the remedies I have found my soul-connection and am now ‘walking the path of my soul’.

You can use the remedies to help you cope with the stresses of the day (and thousands of people do), or you can go deeper into your study and use them as part of your own life journey.
Are you aware of how the remedies help you on your transformational journey?

If the remedies have helped you on your transformational journey, and you’d like to share it – I’d love to hear from you.

If you’d like to learn more about the remedies, I have an online Foundation Course which covers all 38 remedies so you can confidently help yourself and your loved ones.  Click here to find out how you can heal your emotions and fulfil your potential.