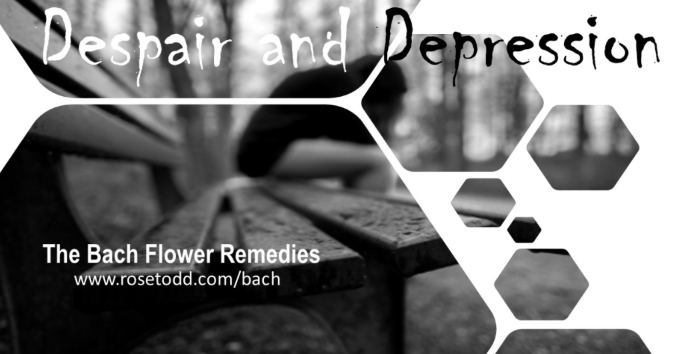 Despair and Depression seem to have affected so many since Covid-19 and lock-down.  It seems, generally, to be prevalent in our society today.  Apparently 1 in 4 people suffer from these dreadful feelings.  That’s terrible.

MIND (a mental health charity) are very active with helping those who are facing burnout, collapse, despair and such debilitating illnesses like Chronic Fatigue Syndrome and ME.

There’s a lot of simple help available these days including Bach Flower Remedies too.  But it can be a bit confusing to choose which remedies would  suit you best.

If you would like two FREE Bach Flower Guides,  Click the image below and I’ll get them in the post to you as soon as i can.

These feelings are too deep for you to deal with on your own.  You need help – either medical or with deep acting healing emotional remedies, like the Bach Flower Remedies. 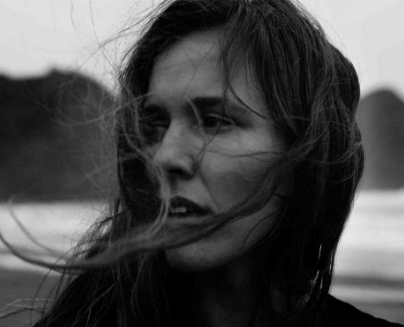 I’m going to start with Gorse.  Gorse is the remedy for hopelessness.
Just for a few seconds, can you imagine living without hope?  Hope is the energy of the future and pulls us forward. What must life be like without hope?   Empty with only loneliness as your constant companion.  How dreadful is that!

The hopelessness of Gorse develops over a long period of time.  Those needing Gorse used to have hope, but over time, after trying so many things to make life better that have failed,  they lost hope.  And now they’re unable to imagine life getting any better.

But strangely enough, although they belief that nothing can make things better for them, they can be persuaded to try something new.  And if they take Gorse, it will begin to change how they feel. 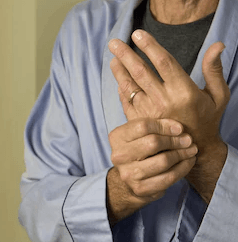 The remedy Sweet Chestnut is needed when something unbearable happens. For example, perhaps a sudden bereavement: the death of your child.  Something so awful that you find yourself walking up and down, wringing your hands in anguish.

I’m speaking directly to you, because I’m not sure that you’ll see this in anyone.  Those in this severe state will keep it to themselves.  They may seem low and ‘depressed’ to you, but you’ll not recognise the depth of despair they’re living with, unless you notice them wringing their hands.

When you’re in need of this remedy, you’ll be in extreme despair and cannot see a way out. However, you’ll not think of suicide, even though you you may not know how you’re going to cope with the next minute, let alone the next hour or day.

You’ve reached the end of your endurance. There’s no light at the end of the tunnel.

The only thing you do know, is that you can’t make it any further on your own.  You’re lost inside, living in mental anguish, total isolation and a helpless void.

I’m sure you can see how this remedy will be very useful if you’re suffering from loneliness.

(I wish I’d known about Bach Flower Remedies and Sweet Chestnut, when I went through my dark night of the soul) 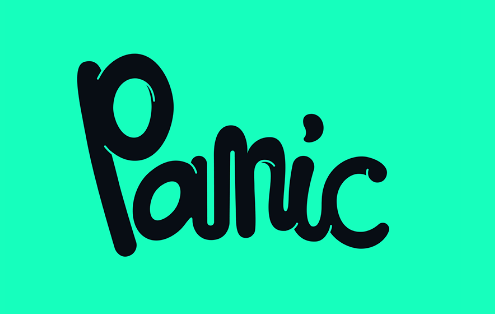 (One of the remedies in Rescue Remedy)
This is the remedy for ‘urgent terror’ – what we’d call panic.  When you in despair and in a depressed state, your nerves are weak and over wrought and you panic easily, so you over react and often feel helpless.

You can feel the levels of anxiety shoot up quickly, rising from your belly and your chest tightens, making it difficult to breathe.  It seems as if you freeze, can’t think and can’t move.  You can feel the fear in your bones.

I’d like to share a little of Angela’s story with you, as she worked her way back from despair, desperation and depression.
Angela recognised that she needed help.

“I have to share the story below to remind myself of how far I’ve come, and to share my journey with others.

“I was at the point of no return… until I found Rose and the Bach Flowers.
I was in crisis, unable to work, function or sleep.  Nothing I tried helped me feel better.

I attended a small Bach Flower workshop and was amazed by how many of the remedy states seemed to fit me exactly and I was eager to try them.

With Rose’s help and guidance, I choose some remedies, and that night, for the first time in months, I slept nearly half the night!

Again with Rose’s guidance, I changed the remedies as my feelings and moods changed.  I continued to have some dark times, but they weren’t as bad, and didn’t last as long as before.

What a journey! If I hadn’t been desperate to try anything, I wouldn’t have believed that two drops of the essence from those tiny bottles would have such an incredible, powerful effect!  I’m so grateful I decided to attend that mini workshop that day and discovered the Bach Flower Remedies”.   Angela B. UK

As always I love to hear from you, so please leave your comments in the Comment Box below.  Thank you.